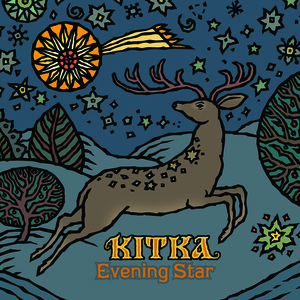 Vajra Voices & Kitka present: The Eve of the March in Grace Cathedral with Shira Kammen and Theresa Wong

In honor and awe of the Women's March 2019, Vajra Voices & Kitka with the Grace Cathedral Ghiberti Center for Culture present The Eve of the March: a concert in the sacred space of Grace Cathedral where we will celebrate womens voices and the power of community.

On Friday, January 18, 2019 at 7:30pm Vajra Voices & Kitka with Shira Kammen and Theresa Wong come together in San Francisco in a special event to perform medieval and modern songs on the divine feminine.

Each and all of us involved in this project are inspired by the strength and wisdom inherent in mysticism, and by womens music and vocal traditions distilled over centuries.

The womens vocal ensemble Vajra Voices sings medieval to modern music. Since 2010, their rhapsodic performances of music of Hildegard von Bingen have been heard on outstanding Bay area concert series to include the San Francisco Friends of Chamber Music Presidio Concerts, the Berkeley Art Museum & Pacific Film Archive FULL series, San Francisco Music Day, and the San Francisco Early Music Society concert series.In 2016, with grants from the San Francisco Friends of Chamber Music Musical Grant Program and the California Arts Council, Vajra Voices recorded their first CD O Eterne Deus: Music of Hildegard von Bingen with instrumentalist, Shira Kammen (on Music & Arts). The U.K.s Choir & Organ calls it "the most convincing Hildegard disc yet from the USA. Performance highlights for the ensemble also include singing for the Garrett Moulton Dance Production, Speak, Angels in San Franciscos Yerba Buena Theater; and, in Divining with the Oakland Ballet. In 2016, Vajra Voices had the honor of singing in Grace Cathedral for the 40th Anniversary of the ordination of women in the Episcopal Church.

Cellist, composer and vocalist Theresa Wong is active at the intersection of music, experimentation, improvisation and the synergy of multiple disciplines. Bridging sound, movement, theater and visual art, her primary interest lies in finding the potential for transformation for both the artist and receiver alike. Her works include The Unlearning (Tzadik), 21 songs for violin, cello and 2 voices inspired by Goya's Disasters of War etchings, O Sleep, an improvised opera for an 8-piece ensemble exploring the conundrum of sleep and dream life and Venice Is A Fish, a collection of solo songs. She has presented her work internationally and

collaborates with many singular artists, including compositions of commissioned works for Splinter Reeds, Vajra Voices and Del Sol string quartet. At the heart of her work is a desire to expand the sonic possibilities of materials and to explore their potential in many modes of performance.

Multi-instrumentalist and occasional vocalist Shira Kammen has spent well over half her life exploring the worlds of early and traditional music. A member for many years of the early music Ensembles Alcatraz and Project Ars Nova, and Medieval Strings, she has also worked with Sequentia, Hesperion XX, the Boston Camerata, the Balkan group Kitka, the Kings Noyse, the Newberry and Folger Consorts, the Oregon, California and San Francisco Shakespeare Festivals, and is the founder of Class V Music, an ensemble dedicated to providing music on river rafting trips. She has performed and taught in the United States, Canada, Mexico, Europe, Israel, Morocco, Latvia, Russia and Japan, and on the Colorado, Rogue, Green, Grande Ronde, East Carson and Klamath Rivers.